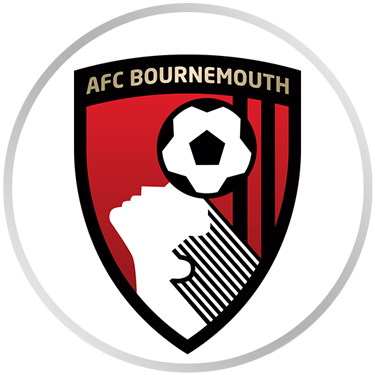 AFC Bournemouth is a professional football club based in Bournemouth, Dorset, that plays in the Premier League, the top tier of the English football league system. Formed in 1890 as Boscombe St. John’s Institute F.C., the club was reformed in 1899 as Boscombe F.C.. They changed to Bournemouth and Boscombe Athletic F.C. in 1923, before settling on their current name in 1972.

Nicknamed The Cherries, since 1910 Bournemouth have played their home games at Dean Court. Their home colours are red and black striped shirts, with black shorts and socks.